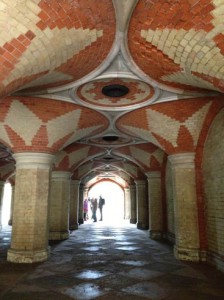 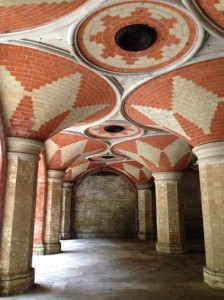 The subway was built as part of the Paxton’s Crystal Palace complex, surviving the 1936 fire that was the demise of the main exhibition structure. The subway allowed visitors with First Class tickets covered access to the Crystal Palace from the High Level station opposite, now demolished.

The Crystal Palace subway Organisation have secured English Heritage funding and are planning to re-open the subway as a public venue.